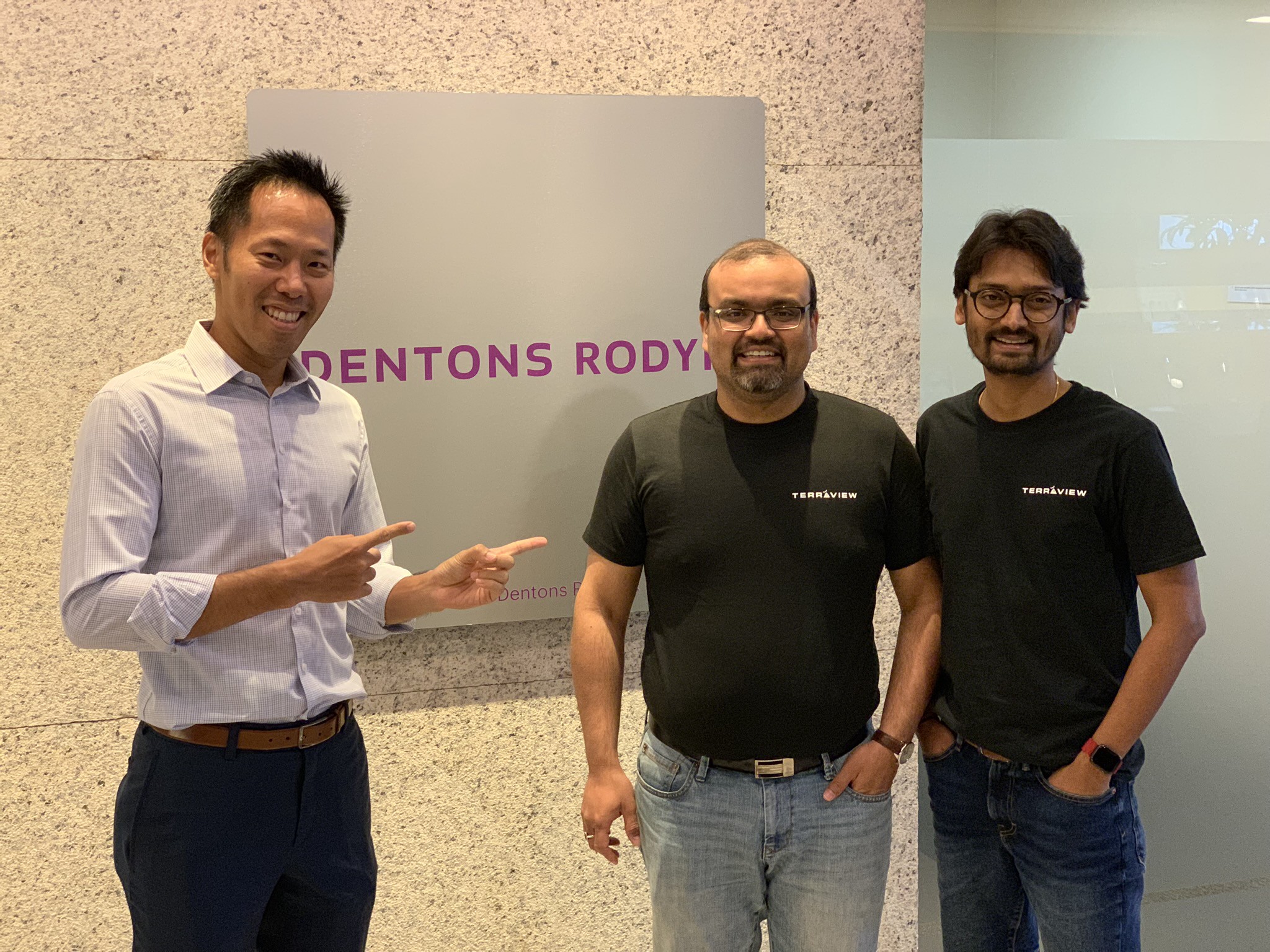 Heard about two people starting up AFTER 25 years of being friends?

We’ve all heard how best buddies started up, most of them knew each other for a few years to some 7–10 years before starting up to build something that was meant to truly change the world.

We all know about Bill Gates and Paul Allen co-founding Microsoft way back in 1975 & Steve Jobs and Steve Wozniak co-founding Apple in 1976. These were friends who went on to setup two of the most iconic tech firms in the history of mankind.

Piyush and I became friends when we met at our alma mater Delhi Public School, Dhanbad (yes!! the iconically famous place that featured in Gangs of Wasseypur, the famous Bollywood movie).

Our friendship started with the crazy rush of juicing up on all Hardy Boys and Famous Five books in the school library to watching all Arnold Schwarzenegger movies that we could lay our hands to grooving on ABBA, Boney M, Phil Collins, Aerosmith, Rolling Stones and Pet Shop Boys amongst other artists.

India had just started to experience consumerism and evolving tech. Slowly Dhanbad, which was then a much smaller town, began to receive the exposure trickle.

This is when COMPUTER (we were told by our lab teacher that COMPUTER stands for Completely Obedient Machine Provided User Types Everything Right) happened to us.

We were thoroughly intrigued by the DOS machines, the really cool PC, with no hard drive storage, 64KB of RAM and it worked on a 5 1/4 floppy diskette;

We dirtied our hands and punched codes on Logo, QBasic and then moved beyond making silly programs to also championing games like Pacman, Digger and Carmen.

The next real shift came in with PC’s becoming more powerful, with a 20MB hard drive :), 3.1/2 inch floppy diskette, CD ROM drives(they came with a 2x read speed), color monitors and Windows 3.11. We loved the never ending sessions of setting up windows 3.11 on our computer, if my memory serves me right, we usually took 3–5 attempts to setup the OS. Given that Dhanbad was a power starved town, 3 out of 5 times, our attempt to setup Windows would fail because the moment we would reach the 3rd or 4th setup diskette, we would invariably experience a power failure and we would be back to square one with a corrupt hard drive and an amplified anxiety with even more strained and twisted finger (we used to cross our fingers and pray to God requesting him to provide us with snag free power for the OS setup duration).

The GUI changed things, we crushed Borland/Turbo C++, made silly designs/art on PC Paintbrush(and oh they were truly terrible), saved the queen in distress as the Prince of Persia, fired zillions of shots on Doom and savaged the Nazis on Wolfenstein; that was THE time and we were hooked on to this for our life. That was the year 1998.

Piyush and I met in India and we started talking about what we could do together, we had been friends for decades and had complimentary skills.

Over the last 20 years both of us had done quite a bit with our lives, while I did a few jobs over the years and then founded an executive search firm “Basil Advisors”, Piyush travelled the world, got his creds from IIT-Roorkee and UF, worked in Florida with UF and then did some deep tech work with one of the most renowned labs in Paris and Zurich and ran a startup.

Within a few minutes we realised that both of us had a strong inclination to do something which had a social impact.

We wanted to make Meaning: “Meaning is making the world a better place” (from art of start 2.0).

Farmer Suicides in India has been an unfortunate reality that all of us had been dealing with and we decided to take a jab at it. We dabbled with multiple ideas like increasing productivity/crop yield, working on financial inclusion, farm to retail and cold storage.

In order to get ground data, we spoke with farmers in Haryana, Rajasthan, Karnataka and Maharashtra to understand the issues related to crop yield. We realised that most of the farmers were financially stressed and crop yield was a big issue. We decided to work on the the idea of increasing the yield, the logic was that the farmers with increased yield will be able to make more money and would therefore become financially more self reliant and we could also use the data to create a smarter financial risk model/algorithm making lending smarter and effective for them.

To know more, we met with IARI (India Agriculture and Research Institute, Pusa, Delhi), one of the Principal Scientists, Prof Vinay Sehgal, was kind enough to give us an ear. He asked us a question

“How many varieties of rice is grown in India?”, I answered “50”, pat came his response “Think bigger”, I said, “Well okay, 500”, the scientist smiled and said “There are 30,000 varieties of rice grown in this country for which we have a genealogy”.

It was a staggering number; to impact a crop like rice, we had to map attributes of most of the varieties grown and then figure out the areas where we could potentially create a yield differentiator for the farmer. It was a complex exercise and though it did not deter us, we gave it a hard thought and came to the conclusion that while social impact will be our purpose, building a business around this would would be inappropriate and the way to create real change would be to solve this problem without the construct of having a business around it.

With that clarity in, we looked at few other crops. The quest led us to Pepsi where we met with their R&D team, (Pepsi is the biggest contract farmer of potato s in India), they were quite excited with what we brought to the table but Piyush and I thought that the problem statement had a limited impact and wasn’t really exciting for both of us. In this journey of evaluating crops we discovered viticulture.

After doing a lot of research and cerebral workout, it became very clear that this was the crop and industry we were going to go after. What followed was going to the ground zero and meeting vineyards across Europe to compare notes and calibrate assessment of their needs, intent and ability for a change.

Once we had all the data from our potential consumers, we followed it up with a long, back breaking, tedious process to define how we would solve these problems, what would the product be, how we will deploy the product, what is the impact it will create for our consumers and how it will define the future of vineyards globally.

Terraview had started up

Next task was to setup the team and fund raise.

Both Piyush and I had the experience of doing a startup prior to this , my failed startup in the ed-tech space gave me a lot of learning and wisdom, it was the perfect time to apply all of it. We were extremely careful in choosing our initial team and our initial investors, we only brought on board people that came highly recommended from folks we could trust and in the same breath we only reached out and spoke with investors who we knew would add tremendous value to us and were visionary backers.

We were hell bent on creating an A+ team, a team of innovators and believers; not employees and venture creditors.

At the time of writing this piece, we have innovators(aka colleagues) working with us based out of Madrid, Toronto, Florida, Moscow and Singapore.

Terraview is a result of deep friendship, intellectual curiosity and accidental discovery

We started Terraview because both of us have the same vision, same expectation on what kind of company needs to be built, commitment, complementary expertise, orientation and the right perspective.

“Terraview is committed to making Vineyards across the world future ready”

Our use of Image Processing, Machine Learning, Augmented Reality and Artificial Intelligence will help vineyards experience true transformation, they will be able to produce more and produce better.

We help vineyards plan for weather changes, act on soil moisture, tackle bacterial infection, solve for pest onslaught on their plantation and make pruning a job of a 3 year old. We want them to take control of their fields instead of taking chances.

With Terraview tech inside each wine bottle, starting from Spain, we will help fuel the growth of the wine industry from $300bn to $400bn in the next 2–3 years.

Piyush and I have been very fortunate to get the support and encouragement from our believers, Binny Bansal co-founder Flipkart.com, Sujeet Kumar co-founder Udaan.com, Kalyan Krishnamurthy Former MD of Tiger Global and CEO Flipkart.com.

In our A+ team of innovators, we are fortunate to have Dr. Richard Newman, our friend and everything imaging expert Dr. Aditya Singh and Andy Edmonds

We are innovators and we have a friendship that has lasted 25 years (we’ve been friends literally for 65% of our lifetime.. yah!! that’s right!!) and we will transform the future of viticulture.

Before I sign off, we are still committed to our original idea of supporting farmers in India, it may not be with our current venture but it surely will be with our time, intellect and with capital in due course.

“We’re all specks of dust in the universe, but some specks sure do more than others”
Guy Kawasaki

Curious? write to us on hello@terraview.co and visit us on www.terraview.co